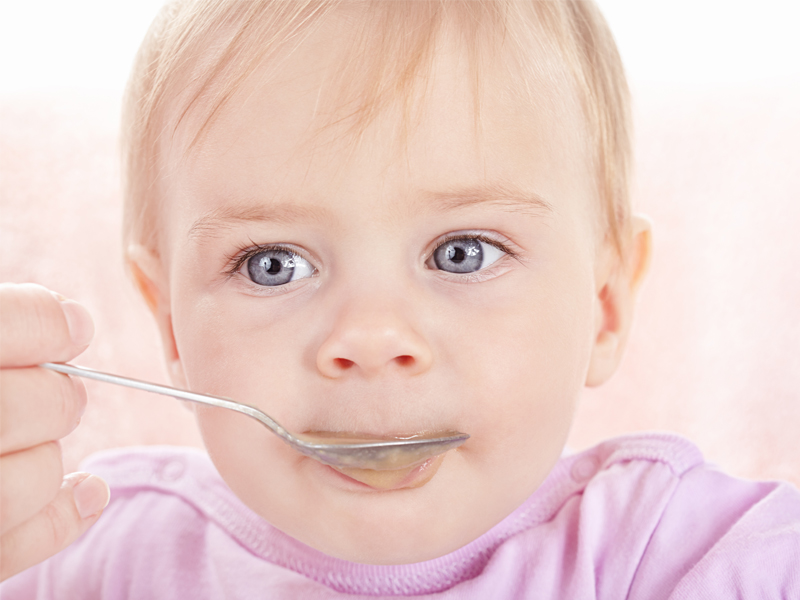 How does complimentary feeding affect the development of food allergy?

Kramer and Kukuma (6) looked at all the available evidence concerning the effects of exclusive breastfeeding for 6 months vs exclusive breastfeeding for 3 to 4 months followed by complementary feeding. They looked at 20 independent studies. They were unable to establish evidence for a significant reduction in the risk of allergies for exclusively breastfed infants up to 6 months of age and those exclusively breastfed for only 3 – 4 months followed by mixed feeding.

Observational studies suggest that complementary feeding with 4 or more solid foods in the first 4 months of life may increase the risk of developing allergic disease (but not food allergy). There is no evidence that delaying the introduction of solid foods beyond 4 months of age is protective, and some evidence suggests that the delayed introduction of solids may promote allergies (7).

There is a significant body of evidence with respect to oral tolerance that in Africa, Asia and middle Eastern countries where peanuts are consumed throughout pregnancy and early childhood have low rates of Peanut allergy compared with western industrialized societies such as the UK and USA, where Peanut Allergy is high despite the low consumption in pregnancy, infancy and childhood. (8)

There are studies in humans to suggest that early introduction of food such as peanut, cereal grains and egg, is not associated with an increased prevalence of allergy to these foods and may possibly serve as a means of inducing oral tolerance to that protein. More studies are needed to guide public health strategies.

In summary, international consensus does not support allergen avoidance as a strategy for the primary prevention of food allergy. Starting solids at 6 months of age alongside breastfeeding will not put an infant of increased allergy risk.